The summer before ninth grade, I became a farmer. A cucumber farmer. A pickle farmer to be exact. My family had just moved to a new home in the country set on five acres. We were about 10 miles from the town where I previously lived and six miles from the new town where I started school just after Christmas break. This new town had a Gedney pickle factory that employed kids looking for summer work. Since we had acreage, my dad decided his daughters would have their own crop. Dad designated one acre of our land for pickle farming. The Gedney pickle factory provided the seeds while we provided the labor. All summer, cucumbers were harvested, delivered to town, and sold at fair-market value.

I was a hard worker, yet I had no idea of the potential income available from my labors, so every day was torture. I do believe if I had had a goal and tracked it, the process would have been more rewarding. As it was, I saw only effort and sacrifice. If I understood the potential from my efforts, I would have had a better attitude. If I had seen the big picture from the start, I’m sure my enthusiasm would have been different.

Every day that summer, I worked hard as a farmer. And every day I resented the hard work—cultivating, planting, weeding, and eventually harvesting. I blindly went through the entire process without a plan and without any financial goals. I worked hard (mostly because my parents made me), and I was frustrated and angry about all the hard work.

At the end of the summer we had, indeed, made some serious cash. So much, in fact, that I forgot about my anger and signed up to be a pickle farmer again the next year. But I learned something that first year as a frustrated farmer: I learned the importance of having a plan—to set a goal and have a purpose, an objective. With a monetary goal for that next summer and a time commitment outlined, I was able to focus on my farming tasks and celebrate the progress without anger and frustration. Clarity of my goals provided me with choices and options, and I felt empowered. I had discovered greater peace and enjoyed being a farmer, so much so that I did it for three more seasons. 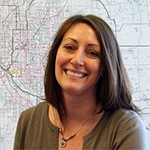